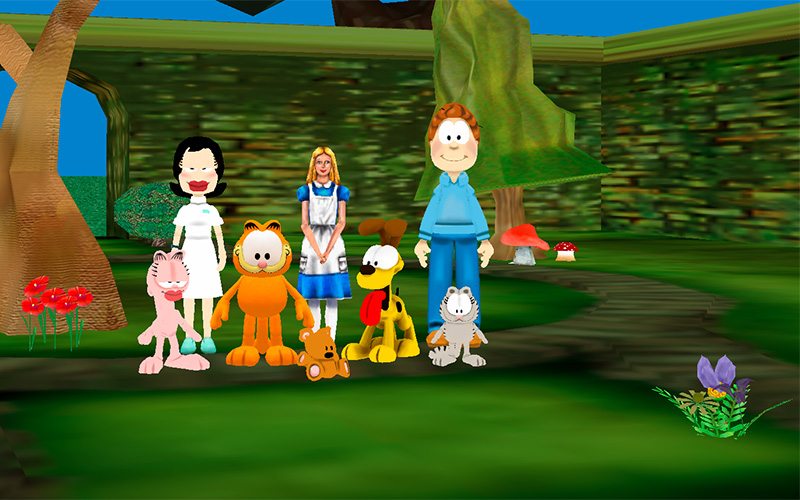 Welcome to Programming with Garfield in Alice 2

Creating an Alice animation involves two activities:
1.  Setting up the scene (characters and props) for your story
2.  Writing the program code for creating an animation with the characters in the scene.

This tutorial exercise will guide you through these two steps to build and animate a Garfield themed animation while learning and applying the basic Alice skills.

Attached are two sets of step by step directions as well as starter worlds that accompany them. Tutorial 1 will walk you through setting up the scene. Tutorial 2 will illustrate how to write the program code

Tutorial 1: Scene Setup for an Animation

In this section of the tutorial, you will open an Alice world that has already been started for you and add two characters to the scene, Garfield the cat, and his companion, Odie. After the characters are added to the scene, you will position them for the start of the animation.

Tutorial 2: Creating Code for an Animation

In this section of the tutorial, you will create program code to animate characters in a scene. An animation can be used to tell a story (similar to a video or short film), create a simulation, or play a game. In this tutorial, we will tell a story in which Garfield the cat decides it is time for his friend Odie to take a bath.

There are also videos provided that you can view or that you can follow along with that cover the same materials.

This exercise was originally developed for the Hour of Code